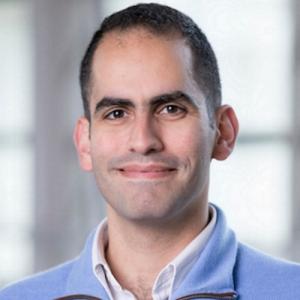 Whenever I am asked why I chose to make a commitment to the Sword of the Spirit, I say that one of the main reasons, if not the main reason, is its ecumenical dimension. Being in community with Christians from other churches has been extremely valuable to me in my growth as a disciple, not only in general, but also as a member of the Orthodox Church. There are two main reasons for this. First, as a committed member of the ecumenical People of God community in Beirut, it was imperative that I got to know the Orthodox Church in a deeper way, its history, catechism and theology.  Second, on a more practical level, I was spurred to take on a more active role in the life of my parish, than had been the case before.

Being part of an ecumenical community, does not, unfortunately, erase the differences between my Church denomination and others. Quite the opposite: I found that, once I started living with Christians from other denominations in a tightly knit community, I became more aware of these differences. One particular (and perhaps trivial) difference is that the Orthodox uses a different liturgical calendar from the one used by Catholics and Protestants. This means that we often don’t get to celebrate the main feasts, particularly Easter and Pentecost, together. This has been a very painful experience for me. Having said this, being part of an ecumenical community has significantly broadened my horizons, and expanded my heart and my capacity to love and serve with brothers and sisters from different traditions, despite the differences that separate our denominations. I find that to love each other, and to do mission together, despite our differences, is very humbling, and a great testimony to others of the wonderful love of Christ.  It is my firm belief that nothing but Christ’s love can join us, and keep us, together as a community. This “unity-despite-the-fault-lines” aspect of ecumenical community is very important to me.

Salim is a married man, and part of the People of God community based in Beirut, Lebanon.